The Future of Gleaning

Gleaning is an ancient tradition, but what is its future? Dan Woolley reflects on how far it has come, and what's coming next.

Back in 2012 Feedback took a small group of volunteers to a field in Kent to rescue a glut of cabbages and cauliflowers that were not wanted by the supermarkets. From this small seed of an idea blossomed something as bright and beautiful as a field full of brassica: we called it The Gleaning Network.

More than six years since that first gleaning day, we’re immensely proud to look back on all we’ve achieved. But it’s important to also look forward: to consider the role of gleaning in the rapidly changing landscape of food, food waste and farming. So here I want to look at the future of gleaning. I want to share ideas on how gleaning can become a sustainable, replicable and nationwide project; one that serves the interests of communities, farmers and the planet we all share.

But first, here’s a quick recap of what’s happened in the world of gleaning thus far.

Gleaning past and present

For as long as human beings have grown crops, there have been times of surplus; such is the variability of weather. Gleaning – whereby a farmer allows people onto their land to gather leftover crops or grain – seems to have arisen as both a practical and an equitable response to dealing with such instances of surplus. No one knows for sure when and where the practice originated, but we do know it’s referenced in the Old Testament. “Now when you reap the harvest of your land, you shall not reap to the very corners of your field, nor shall you gather the gleanings of your harvest… you shall leave them for the needy and for the stranger.” (Levictus 9:9-10).

Fast forward to the 21st century, food surpluses still exist – only they no longer occur sporadically, unpredictably, or at small-scale. Instead, overproduction and waste is embedded into our agricultural systems, as a rational response by farmers to the need to guarantee their supply for capricious supermarket buyers.

Yet growing all this food consumes vast quantities of water, energy and fertiliser (as well, of course, as land), while exhausting our soil fertility.

In 2012, as our research was beginning to reveal the sheer scale of waste which can occur on farms, we decided that gleaning was needed once again. While we at Feedback have always maintained that redistribution is not, in itself, a solution to food waste, we knew that the efforts of food redistribution organisations were hindered and frustrated by a lack of access to fresh, nutritious food. It is worth adding that, sadly, redistribution agencies are all too often used by supermarkets and other food businesses as a dumping ground for cheap, poor quality, low nutrition food.

We believed, too, that gleaning had an important role beyond redistribution – one focused on the deeper systemic problems and the longer-term solutions. While food waste was slowly making its way onto the radar of both policymakers and the public, farm-level food waste was almost always absent from the conversation. The Gleaning Network sought to address this in a number of ways. By working with farmers to understand the drivers of food waste and the imbalances of power. By taking large numbers of volunteers to farms to witness first hand the scale of food waste. And by working with the media at every level we have been able to bring evidence and stories into the spotlight. 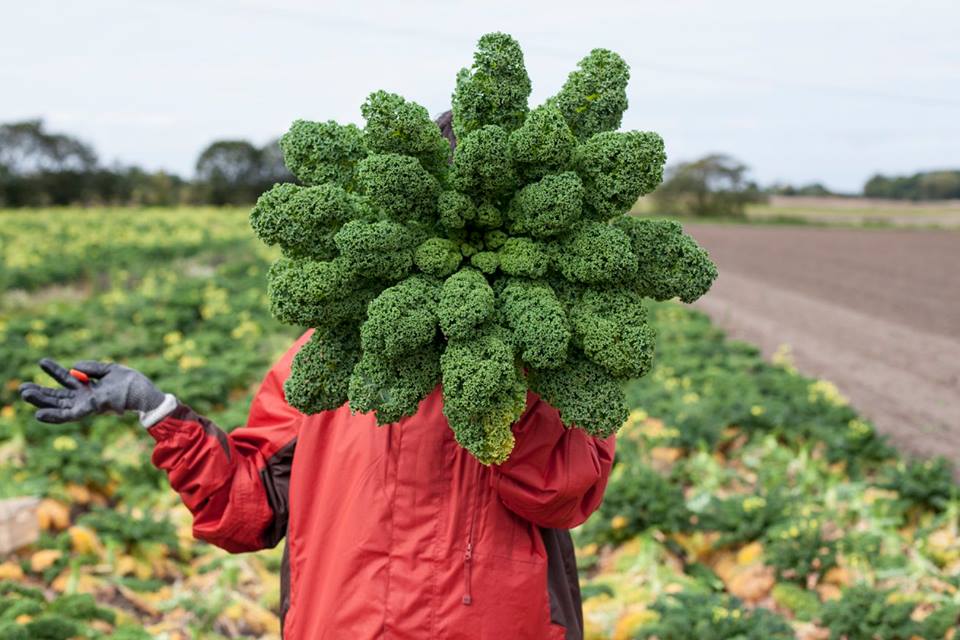 The Gleaning Network has now worked with over 60 farmers and 2,000 volunteers to rescue more than 400 tonnes of fruits and vegetables. We’ve been truly inspired by so many of those people. By the volunteers who turn out in rain, sleet and driving winds to spend their day plucking kale and brassica from muddy fields (people of north west England, we salute you!). By those farmers who time and again open their fields to our volunteers, donating their time and support to the cause and their vegetables and fruits to those in need. By the college student who, surrounded by endless rows of food waste, put the situation into beautifully simple words: “food waste is crazy!” You have all been inspirational.

There are still also many people whom we have not worked with. These include the thousands of people who have signed up to our gleaning volunteer list, but who live in parts of the UK where gleaning has yet to take root. They also include the several dozen people who have written to us over the last six years to express interest in setting up a gleaning hub in their region. We’ve always wished we were able to offer more support to all these people. The reality, however, is that it simply hasn’t been possible – until now.

We know from the conversations we’ve had in the field, that gleaning has often been a focal point around which communities can (re)connect. We believe the time is now right for Feedback to help communities to take the lead:

If you are interested to find out more about any of these ideas, or to register an interest in community-led gleaning, we’d love to hear from you. You can fill in the form by clicking here to express your interest.

Thank you – it’s been an amazing journey so far, and we can’t wait for the next chapter.

Join us in the fields - it’s time to get your hands dirty!

What can you do next?

DONATE AND WE’LL CONTINUE TO FIGHT FOR BETTER FOOD
How long does it take: 30 seconds

Feedback never accepts donations from corporate organisations. To achieve our goal of a food system that nourishes us and the planet, we need your help.

DONATE WHAT YOU CAN NOW
SIGN UP TO HEAR FROM US
How long does it take: 15 seconds

Choose from the options below to share this easily in a couple of clicks.